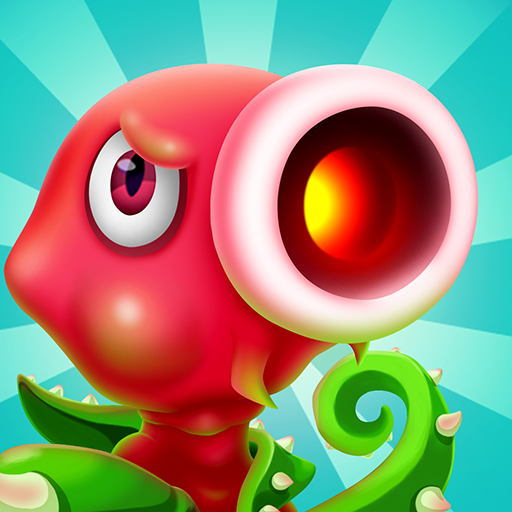 Merge Plants : Aliens Defense
Warning !
Our beautiful planet was attacked by mysterious extraterrestrial creatures.All plants and animals will unite to defend our lands.Your mission is to help our plants and animals maximize their potential power in order to eliminate those enormously hideous and hostile monsters.Merge our plants and animals to create such a strong army that can wipe out every single alien creature daring to invade our world.
Merging plants and animals
To confront these terrifying creatures,you need to build a strong group of various kinds of plants and animals. Merge them to create much stronger warriors.Don’t forget to quickly empower the team so that we are always ready to defend against the alien’s attacks.
Defending our planet
You need a wise plan to fight and to win different kinds of monsters.They will never give up untill they successfully invade our homeland.You have to merge quickly to create a mighty army.
How to play
Merge plants of the same level to create a new powerful plant.
Open treasure chests by using diamond to receive powerful warriors
Tactically move plants to attack monsters
Use Super Boost to enhance your plants’ power and attack speed.
Eliminate all the monsters before they can invade our planet.
Download Merge Plants : Aliens Defense to start now!