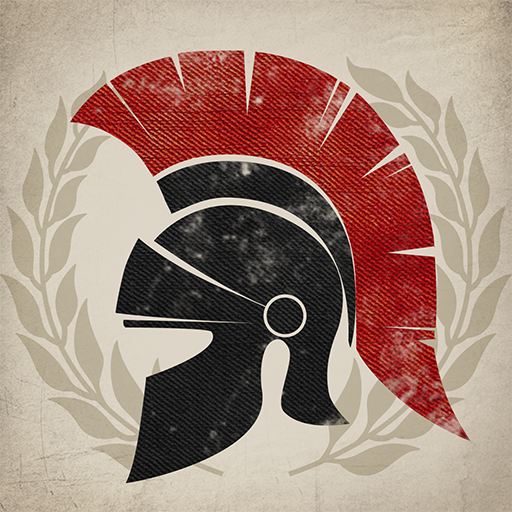 Commander! The Roman Republic is on the march and many powerful nations oppose the expansion of our empire. War is imminent.

Rome needs the might of all talented warriors! Great generals like Caesar, Pompey, Antony, Octavian and Spartacus will fight with you. Let us witness the birth of a great conqueror!

Become the glorious commander of the legions in hundreds of historical battles and locations of Roman history. Witness Rome develop into a great empire spanning Africa, Europe and Asia.

** Change sides and help Rome's surrounding nations and tribes stand up to the mighty Roman army. Stand against the expansion of this world empire and rewrite the history of the defeated!

From the Mediterranean to the British Isles, Rome, Egypt, Carthage, the Gallic tribes, the Germanic peoples and many others struggle for supremacy. Will Rome conquer the world or will the victor himself become the vanquished and an entirely new empire be established?

** Experience hundreds of years of history, from the Punic Wars during the Roman Republic, through the time of the Triumvirates to the era of the Roman Empire.

** Be friend or foe, declare wars or make alliances and support allies against powerful opponents. Choose the foreign policy that is in the best interest of your country. All roads lead to Rome!

** The tide of war is unstoppable. Expand cities, recruit legions, use strategies, research technologies and lead your empire to ultimate victory.

** Command the armies of countless countries and conquer the ancient world. Change their future and lead them to unimagined greatness.

Lead your legions on an expedition and use strategies and tactics skillfully. Play your commander skills to the full with a limited number of units and defeat powerful foreign enemies!

** New challenge mode that gives you a new kind of gaming experience.

** Each step of the expedition involves many difficulties and dangers. Keep adjusting your battle plans and achieve ultimate victory.

** Collect the best war trophies and get special conqueror uniforms as proof of your glory.

Rome was not built in a day. Build the Arc de Triomphe, the Colosseum, the Pantheon and restore the glory of the past!

** Complete the tasks set by the Senate and win rich rewards.

** Train infantry, cavalry, archers and navy to improve their skills in battle.

** Equip your generals with battle flags and treasures to improve their talents and increase their skills.

*** By using the cloud archive, your progress can be stored online and synchronised when you switch devices. The security of your archives is guaranteed.