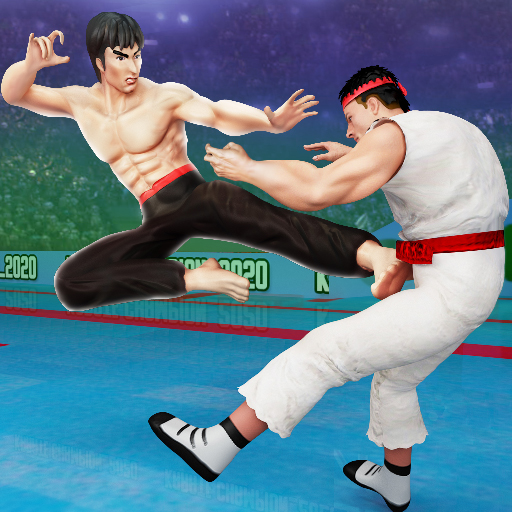 Tag Team Karate Fighting Game – Kung fu King Final Fights is a 3d offline combat action karate game that includes different fighting styles like karate, kung fu, boxing, and wrestling game. It is a free offline fighting game. Choose your favorite kung fu karate fighters from the martial arts fight club and use your wrestling fighting skills. Fight as a tag team and give tough competition to the opponents in the wrestling ring. Get ready to use powerful punches, kicks, and perfectly planned karate hits to avoid extreme combos in the 3d karate fighting game.

Journey to win the Title
Defeat your opponents in the offline fighting games to win the title. Compete and fight with your rivals in a ring, where fighters use different karate and kung fu moves to defeat other teams. Tag the fighter on ring to put more pressure on rivals in fighting arena. Show your kung fu karate moves with your duo and amaze the crowd with your fighting skills. Team up with strong karate fighters and tag them in ring to win against the opponents in a tag team wrestling game.

What is inside the Karate Fighting Game
Tag Team Karate Fighting Game – Kung fu King Final Fight is a free offline PVP action fight game with new exciting and challenging modes. In story mode, you will get a chance to improve your kung fu karate game, boxing games, and martial arts tactics. Accept the karate fight challenges of mighty opponents and beat them up. Fight alongside the power karate fighter, gain new powers, and conquer the leader boards. In arcade mode, fight against other karate fighters and give them tough competition.