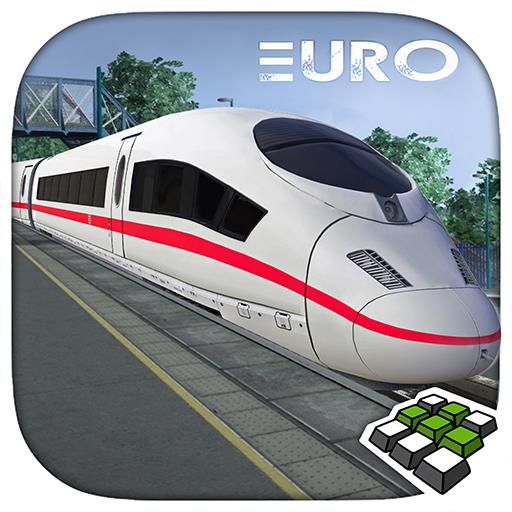 "Euro Train Simulator is a very well constructed game for Android that puts players in the front seat of the most popular commercial trains around." – AndroidAppsReview.com

Euro Train Simulator is a high-quality, feature-rich railroad simulation game covering major destinations in Europe. Featuring richly detailed environment, an intuitive, easy to use, made for mobile interface, the game lets users drive some of the most famous trains in the world.

Spanning several countries and a wide number of cities, the game is one of a kind mobile game.

Play Career Mode to accomplish each scenario and unlock new trains and routes. Career accomplishments are featured on a leader-board. On the other hand, Quick Mode lets you choose the train, route, source and destination stations, weather and the time of the day for the simulation.

🇮🇹 Italy: The Italian route is the only one that connects two countries and it connects to French capital Paris. The intervening Italian stops are Turin.

🇫🇷 France The breathtaking French architecture is on full view in this stunning route connecting Paris (Gare de Lyon) to Milan via Lyon, Chambery and Modane.

🇪🇸 Spain: The scenic route connecting Barcelona to Madrid is a Real gem. It starts at Madrid Atocha with stops at Calatayud, Zaragoza, Lleida, Tarragonna. The final station is the beautiful Barcelona Sants.

👬 People: Animated passengers, from all walks of life, waiting at the station.

Thank you for your continued support. Suggest features in the comments section and the ones getting most number of responses will be made available very soon. If you have any issue with the game, feel free to write to us and we assure you we will resolve them in an update. You do not have to give us a low rating to get our attention. We are listening!

If you are a fan of the majestic Indian Railways, you must try our flagship Indian Train Simulator. For the people out there who would like to enjoy the scenic paddy fields of Indonesia, we strongly recommend the Indonesian Train Simulator. If you wish to get early access to some of our upcoming features, you can become a Beta Tester and help us improve Euro Train Simulator.