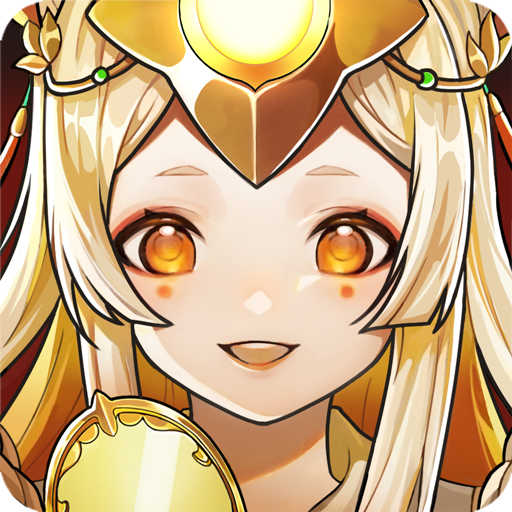 Dark forces threaten the fate of the world, join the war against the shadow! Summon a mighty party of unique Gods and Heroes from distinct cultures to create your own fantasy dream-team of elite warriors. You can then enhance their abilities with powerful new skills, unlock their iconic weapons, and strengthen them for fierce battles. Fight through legendary trials in this mobile adventure and level up your favorite heroes in this AFK role-play inspired game

[One Tap — Then Hands-Free]
This game allows you to decide your level of involvement. Become a legend by actively participating in every battle or allow your team to do the nitty-gritty themselves in idle mode. Simply set up your team, and one tap later, your Heroes are engaged in exploration and battle!

[Strategic Freedom]
Use a gacha summoning system to build your team of Gods across multiple factions, and unlock legendary weapons to gain the upper hand during your Rogue-like journey! Different from the rigid hero lineups of many RPG games, this game can make your every whim a reality!

[Forge Unforgettable Friendships]
Message others on the Global Server Chat to make new friends and alliances from all over the world! Start your own Summoner Guild and work together to take down Titans and Gods; then challenge your allies to a friendly 1-on-1 battle in the Arena!

[Characters from Your Favorite Myths]
Explore 10 unique continents as their epic storylines are seamlessly joined in a role-playing game saga with thousands of years of history! Choose and enhance champions such as the symbol of the Norse pantheon, Thor, or other icons from mythology such as: Zeus, Anubis, Izanami, and Mulan with divine power!

[Unique Dungeons and Fun Extras]
What will your legend be, Summoner? You can customize your own adventure whether it is battling against the Demon god, Hades, or capturing the Soul of a dangerous Zodiac beast. The choice is YOURS!

[Distinct Artistic Style]
Classical mythology meets modern Anime art style in an adventure that takes you to the historical Pantheon and ancient arenas. Transform your Heroes' outfits with special and limited skins!