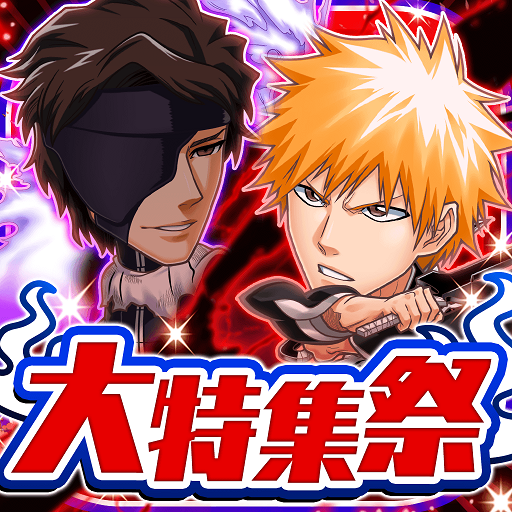 Bleach “Continuation: Millennium Blood War Chapter” debuts. A large collection of popular characters such as One Piece, Dragon Ball, Demon Slayer, BLEACH, Naruto, and Hunter! Use the self-selected 5-star gashapon coupons rewarded by the novice teaching to attack with the main character of this life!

Players who love JUMP, here comes a hot-blooded mobile game featuring well-known and popular anime characters from Japan!
The easy-to-operate bubble elimination battle system, attack alone or team up with friends to defeat the enemy!
As long as you complete the novice tutorial, you can get a "10 consecutive gashapon coupons including 5 stars of your choice"!

1) Use strategy to launch gorgeous and handsome nirvana to defeat the enemy!
Easy and simple click operation, you can accumulate killer bubbles!
The powerful classic mysteries that everyone is familiar with will be fully reproduced in the game!

2) Friendship X hard work = victory! Summon legendary heroes!
When the beliefs of "friendship", "effort" and "victory" are combined into one,
Legendary heroes of JUMP will come to support, use super nirvana to reverse the battle situation with one blow!

3) Fight with friends in multiplayer battles!
You can fight side by side with up to 4 friends, let's work together to defeat the opponent!
Even in the face of a strong enemy, as long as you communicate with your partners, there will be no difficulties that you cannot pass!
Hurry up and start a new adventure with your friends on LINE!

【world view】
This is a world where JUMP characters live peacefully on JUMP Island.
One day, due to the influence of the "power of the demon king" that revives every 50 years, the evil hearts of the characters began to gradually wake up…!
In order to defeat the evil heart and restore the characters to their original appearance, you must take adventures on various islands to find the devil and defeat him!
The big adventure to protect and regain the peace on JUMP Island is now officially launched!

*According to the game software classification management method, this software is protected, and only people over six years old can use it.