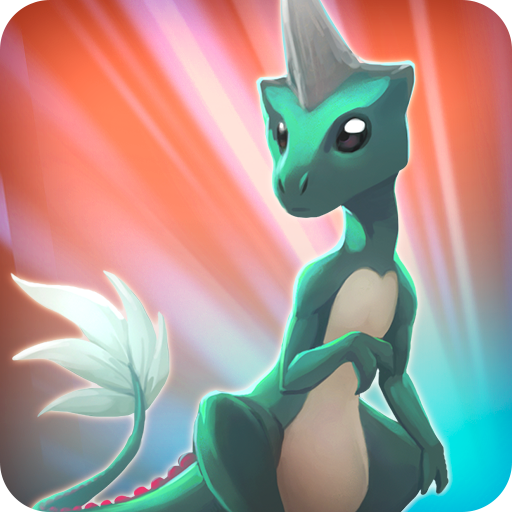 Lead your hero and your Kami monsters in turn based strategic battles!

Eternal Return SRPG is turn based strategy game in which you will fight with your hero in epic strategic turn based battles against creatures of various types and elements. Unlike other SRPGs, the battles take place on two types of boards, but both are turn-based. On the small board you will have to resist waves of roguelike monsters with your hero. On the big board you will be able to move freely and you will have to find the best tactics to win with your team of Kamis. Choose well your weapons and magics to defeat them in as few turns as possible and get special materials and emblems. The Kami pets of Eternal Return (similar to pocket monsters) will accompany you in the battles, performing tactics and powerful magic attacks when their power is charged.

As in other temtem games, you will have to help your hero to get lots of neo monsters with the help of the summoner. In Eternal there are fire, water, lightning and earth Kamis. Each one has special attacks that will hit several enemies if you play your strategy well. In the world of the Kamis you can participate in raids to capture new Kami. These raids consist of tactical turnbased combat using up to 3 of your Kamis to defeat and capture other creatures, which will join your team. As in other srpg, you can collect these creatures and create the most powerful team. Use the best strategy to hit as many Kamis as possible with their weaknesses to win each battle, like every nexomon. Train your team of monsters and teach them new powerful attacks.

Eternal Return starts with a quest through the 5 chapters of the story. It all begins when Queen Sun has descended to earth, creating an eternal twilight. King Luna has a plan to defeat her. Advance through the levels, unlock video scenes and experience a great fantasy RPG story. Overcome numerous levels of dungeons with roguelike rpg style monsters to get treasures and new weapons. Train your hero as in feh, level up and upgrade your weapons and magic. Discover a fantasy world with numerous dq monsters, terrible creatures, yokais and gods of creation that will challenge you in epic turn-based battles.

The game is free to play and offline so you choose to play whenever you want. Only a couple of features require momentary connection. Tactical combats are PvE, so you won't experience annoying delays or other players leaving the game halfway through, like in other tact games. The game can be played for free and finished but it will be easier to get some weapons and Kami monsters through purchases.