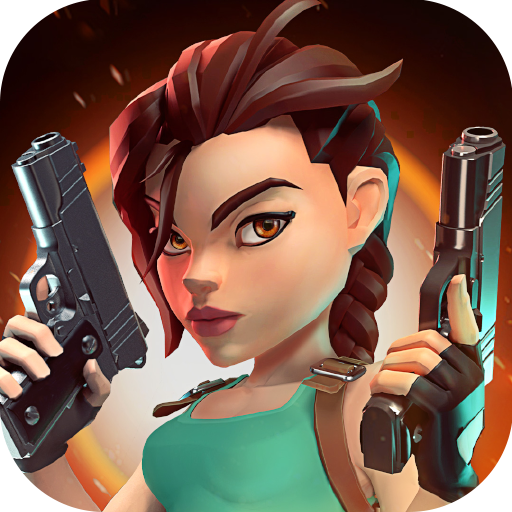 Tomb Raider blasts onto mobile. Play as the legendary Lara Croft like you’ve never seen her before!

Inspired by the original Tomb Raider games, wield Lara’s iconic twin-pistols and get ready for a globetrotting adventure!

Travel through the golden arch-shaped doors of the treacherous underground tombs, across hazardous mountain caves, flourishing jungles and lush waterfalls.
On your quest you’ll avoid hidden traps, discover ancient relics, solve a wide variety of puzzles and face off against different enemies and bosses (is that a T-Rex I hear!?) both new and familiar to the Tomb Raider series including bloodthirsty wolves, poisonous snakes, fearsome golems and magical elemental creatures!

Gameplay features roguelike and procedurally generated stages for a new and varied experience with every run. As you progress through each level, you’ll be able to stack abilities and perks such as piercing shots, experience boosts, grenade throws and arch shots for more powerful attacks, quicker character leveling and a wider range of damage.

Dropping to a knee after an epic run doesn’t signal the end! You’ll be awarded a trove of coins and experience points to upgrade Lara’s outfits and weapons, increasing your base attack and HP stats.