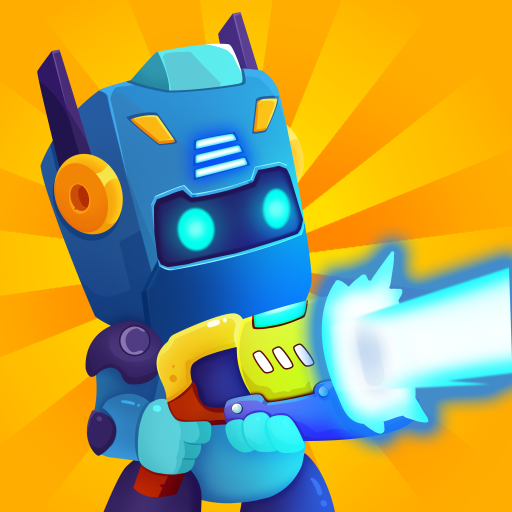 Ascent Hero is a casual shooting game or in other words take them down and shoot 'em up, bullet hell, fast-faced and rogue-like action game. You will be playing the role of a robot in the galaxy and carrying on a mission to fight with evil robot invaders who want to take over your land. Only a MASTER can take them down and save the world.

Easy to Earn, Hard to Master is the special feature of Ascent Hero – Shooting Game. There will be nonstop challenging waves with thousands of enemies and your mission is to survive and kill them all. Each level of Ascent Hero – Shoot 'em up will impress you with the beautiful design and addictive gameplay.

★ Breathtaking visuals with colorful 3D graphics
★ Simple and intuitive controls – You either attack or move
★ Various weapons, special skills, and each has its own functions and operation strategy
★ Lots of maps and areas with huge number of enemies and bosses
★ Lots of combination for creating your own build for your playstyle
★ Thousands of robot invaders and difficult bosses

★ Bullet hell & auto attack – dodge enemy fire and melee attacks and auto fire while you are standing in place
★ Level-up your hero and equipment, and upgrade your skills and weapons so you can survive harder and harder encounters with enemies
★ Passive talent tree is the key feature to make your own build
★ High valuable rewarding mechanics – become a better battler and you will enjoy epic battles and get further faster

Note: Your progress will be lost if you delete Ascent Hero – Shoot 'em up without linking your account

Whether you love action game or not, Ascent Hero is a fun challenge ready for you. This is the best physics shooter game there is. Never miss a dull moment with this easy to learn and easy to play game that is almost IMPOSSIBLE to master.

FREE DOWNLOAD TO PLAY. Let's take your gun and show the invaders who is the hero. Start your mission and never stop shooting with Ascent Hero.