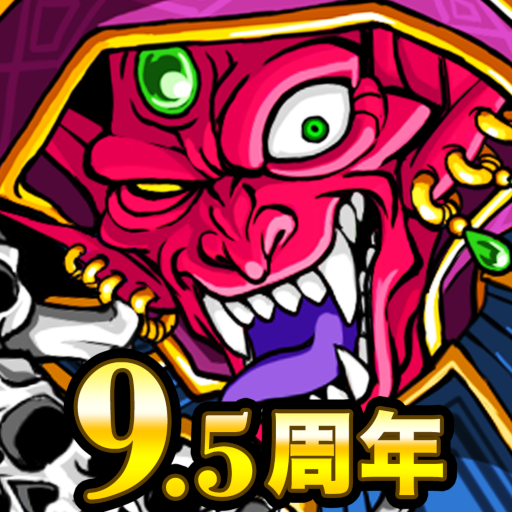 This is a new real-time + poker + RPG experience game centered on up to 5 players and co-op with friends! Create your party in real time and take on the dungeons inhabited by the deadly monsters!

Amazing Multiplayer Battles for 4 Million
Join in between 5 players in a super merge card battle! !
~ Basically free! No registration required-Android OS 4.1 or higher~

◇ Start Bonus Campaign Now on!
⇒ Get up to 30 dragonstones in the first 7 days from the start of Dragon Poker!

So exhilarating to connect with friends!! A lot of challenging elements!!

[5 players Co-op]
→ Dungeon capture whenever you want!
Five players assist each other to defeat the monster in the dungeon!
There are over 1000 monsters to enhance your game! More than 200 monster skills, too!

[Entering System]
→ Get "Push Notifications" when your friends join a dungeon and join a friends' dungeon!
Combine your card skills with friends’ card skills to defeat vicious monsters!

☆ Push notifications let you know your friends’ guerrilla dungeons are yours to enter!

[SECRET MISSIONS]
→ Collect "Treasure" of dungeon boss in this secret mission!!
Even if you defeat the boss, it doesn't necessarily mean that the treasure can GET!!
Even if you completed a dungeon, you have to try again and again to GET the Treasure!!
I think you can win SP cards and dragon stones by completing secret missions!!

【Shout】
→ It's possible to call out pre-registered words (name jeriffs) at any time during the battle!!
Using the Shout can bring you breathtaking attacks and laughs!! An must-have feature for modern fans!!
You can also type in free input so you can have a strategic chat during the game!

[PvP battles! Colosseum]
→ The Colosseum is finally open, where you can enjoy 5 vs 5 players!
Defeat monsters to collect them and compete with the strongest cards!
Collect dragon medals based on the result of your battle, and exchange them for rare cards and items.

[Skill Merge]
→ Use skills with "Merge Skills" to create "Skill Merge" with other skills!!
"Skill Merge" can increase the power of attack more powerful!!
Thanks to this system, "friendship" with "friends" and "individual role sharing" will be the key to battle!!

[Super Merge skill]
→ A special combination of monsters will activate an incredibly powerful "Super Merge skill"!!
Even for relentless tough bosses, you can turn the shots using one-of-a-kind turn with friend superpowers!

[SP Skills]
→ Not only monster cards, but also "SP Skills" as players' skills!
SP skills are skills that can be used during battle by equipping SP cards.
There are a lot of important skills such as "Carded Up", "Shuffle of Hand", "Activate Skills" etc. which can give you an edge in battle!

【Group chat】
→ Invite friends and group chat with up to 21 friends including yourself!!
You'll be push-declared what you say in the group chat and invite your friends to join the adventure at any time!!

【Bing Dungeon】
→ From the group chat, you can go to the dungeon with your friends at any time.
Smooth chat and adventure traffic, play without stress!!

What are you waiting for?!!!