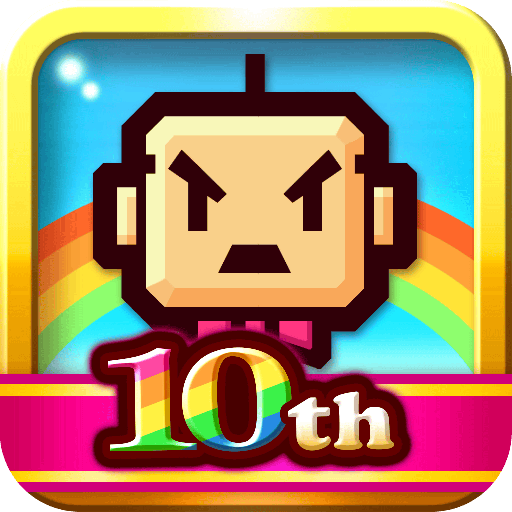 Battle online against players from around the world!

ZOOKEEPER! The overwhelmingly popular action puzzle game with over 10 million players now comes to the Google Play Store as a versus puzzle game – and it's free to play!

The ZOOKEEPER you know and love is back, with a slew of new features in the mix – event rankings, avatar customization, item collection, and more – for a great new experience!

The game is simple! Long-time ZOOKEEPER fans will know the rules already, but new players can jump in and be playing in seconds too!

Right now, take part in a battle events and aim to get special rare prizes! And the game will feature more and more events as time goes on, including Raid Battles against unique, limited-time-only characters!

– How do you catch animals?
Simply swap adjacent animals to match three or more of the same animals, and they're caught!

– How do you play against other users?
Each round, you have 30 seconds to catch as many animals as possible, and the aim is to build up your score enough to beat your opponent.
If your opponent's LIFE runs out… you win!
If you both have some LIFE left… one more round!
*If neither player wins after 5 rounds, the winner is whoever has more LIFE remaining.
If you can't win, go one more round! If the game is not won in the final five rounds, the winner will be determined by the remaining LIFE.

– Your opponent has the same animal panels as you!
In every match, you and your opponent will share the exact same animal panels. Even the new ones that fall in to replace those you've caught!
This means you have to catch those critters more efficiently than your opponent. Luck doesn't come into it! Or does it? Item panels will fall in randomly. If you're feeling lucky, victory could be yours!

– Master active chaining!
If you just sit and wait for animal panels to disappear… you're missing out!
While the animals you've caught are busy disappearing, you can be working on your next catch, and the next, and the next one after that! Chain catches together to be a true master.

The first major update of "Zookeeper Battle"! (Ver. 2.0.0)
A new feature, "My Zoo", has been added!
Create the world's best zoo by displaying the avatars you've collected!
When you win a battle (puzzle), you get a visitor to the zoo!
Enhance your avatar with synthesis to make all the guests very happy!

Make your own zoo more and more amazing!

Invite friends to the game and get one "Power Bottle" per friend! (Max. 10 invites)

If communication is cut off during a match for any reason other than dropping the app, you will enter the match using a score calculated based on information from your opponent's past battle results.