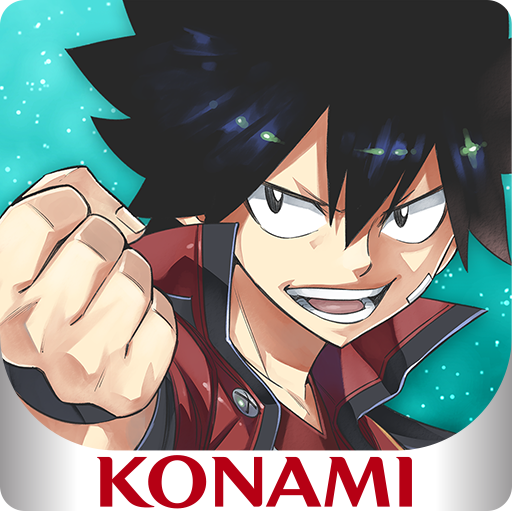 Venture through the world of Edens Zero with this bird’s view action RPG.

A faithful adaptation of its world and story in stunning graphics that will move both fans of the anime and original manga, as well as those yet to explore it, to tears!

Blast off into space with just your phone! Start your adventure with Pocket Galaxy!

——————————————
◆EDENS ZERO Pocket Galaxy is a bird's view action RPG of the space fantasy manga EDENS ZERO, simply referred to as Pocket Galaxy. It’s easy to play on your smartphone, letting you take control of its captivating characters!

◆What to know.
(1) It’s true to the original, but includes original stories as well! The main storyline is fully voiced. Experience Hiro Mashima’s rich tear and laugh-filled story richly animated. Don’t worry if you have yet to experience the original. Simply playing the game will get you fully up to speed with the universe of Edens Zero! Pocket Galaxy will also have its own original story content! Perhaps you’ll even see a side of the characters you didn’t in the original?!

(2) Take part in exhilarating, extravagant battles! A true hack and slash experience! Recreate dazzling battles using the special abilities of Ether Gear. Set up your skills and one button is all you need to easily unleash them on groups of enemies and powerful bosses. Pursue the ideal build, keep taking on quests, and customize your skills and equipment! How difficult you find quests will change dramatically depending on your skill and equipment combinations. Hack and slash your way through to upgrade your character!

(3) There are over 100 kinds of costumes to equip, including those drawn by Hiro Mashima himself! There are also over 100 kinds of equipment to obtain through quests. You’ll have plenty of cool and cute clothes to wear. Put your favorite character in your favorite outfit! Changing their appearance is fun, but don’t forget about changes in your equipment’s abilities and skill compatibility. Will you favor looks, or performance? It’s all up to you!

(4) Battle players around the world in the Arena and climb up the rankings! Pocket Galaxy will be released around the world in 11 languages (Japanese, English, French, Italian, German, Spanish, Portuguese, Brazilian Portuguese, Traditional Chinese, Simplified Chinese, and Korean). Build a crew to be proud of and test them against other players! Climbing up the rankings will earn you rewards!

*Please note that even if your device fulfills the system specifications required to run the application, it may still not run properly due to external factors, such as available memory, conflicts with other applications, or an intrinsic limitation of the device itself.
*Please note that some models are not supported.
*The list of supported models may be subject to change.