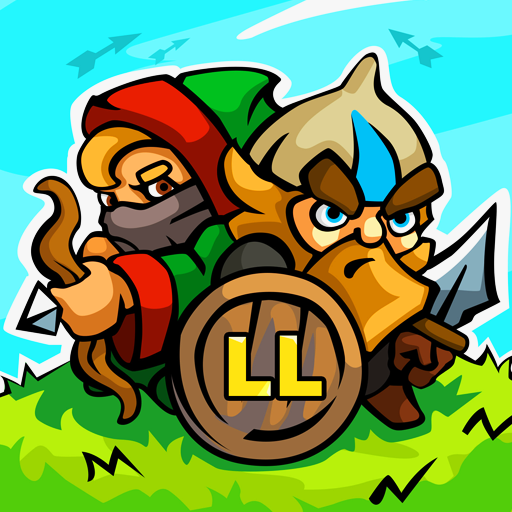 Legionlands – is an autobattler multiplayer strategy game. Collect unique team units. Place combinations in the magic chess arena. Collect your own team of heroes, Lord. And might fight in the arena auto battle mode. Use your wits, come up with an epic strategy.

Autobattler – is a fascinating magical scene. Epic battles await. There are also multiplayer PvP fights. While Towerlands (TD) heroes defend the tower, you prevent enemy armies from getting to the Tower of the kingdom. Lord, you are our only hope! Your team players are with you!

Place heroes on the chess field. Use the right combinations. Otherwise your unique units will be damaged by the enemy. Armies of the enemy are not asleep, Lord! They are preparing for a might team fight. Summon your heroes to the battle arena.

Immerse yourself into the universe of Towerlands (TD) with “Legionlands” team battle game. The game is available in online PvP battles. Play online battle games with friends. You have access to PvP multiplayer. Battle 1vs1 with players from across the whole world on the PvP arena. Fight with other players heroes!

Unique autobattler will take you to a magical world of chess. Create combinations of magic heroes and release them into the arena. Enjoy the epic auto battle! Online team tactics for winning army bosses. Square off in team fights against other players online. Win might battles to level up your team.

THE ARENA IS WAITING FOR YOU, MY LORD KING!

The war of Clans opens once a week. You can join an existing clan or create your own one to take part in Battle of Clans. You have to pass 100 waves to open the tactical puzzles, where some new units and schemes of enemy formations will be given to you. Your task is to place the units on the Arena in such a way that your Legion wins. But can you use your skills in the right way when you have all the cards in front of you?

Each unit has a set of unique skills. Combine your units to make your army stronger and more powerful. In LegionLands you can:

⭐️ Upgrade units and squad levels;
⭐️ Get magic artifacts to increase your combat power;
⭐️ Fight against the most dangerous and violent enemies of this epic universe;
⭐️ Play both: online and full-featured offline gameplay without the Internet;
⭐️ Get over 30 strong kingdom heroes;
⭐️ Fight in daily boss battles;
⭐️ Take part in PvP battles (PvP).

While taking a break from the battles, complete quests and earn coins and mine for gold, or even go hiking for new resources. This is your royal battle! You will never get bored!

No time to play? A strategy does not take much time. Interesting and quick battles are exactly what you’ve been looking for! If you create game content, we will be glad to see content with our games. Share with us on our social media accounts and we will share your content on our pages.

YOU'RE IN FOR A BIG FIGHT!

Do you think this is a simple auto battler? No way! Make sure it's not an easy thing by entering the magical world of LegionLands! Start the battle after having your army position checked. Only the strongest players will stay alive. Let the battle of wits begin!

Do you like LegionLands? We are looking forward to seeing your review!
Any questions? Write here:
– [email protected]
– facebook.com/blackbearsgames

Video bloggers and review authors! We are glad to see your content about LegionLands on your channels. We provide help and support to creative authors. If you like online games, we will be glad to receive your reviews on other Black Bears mobile games. Relax and do it!