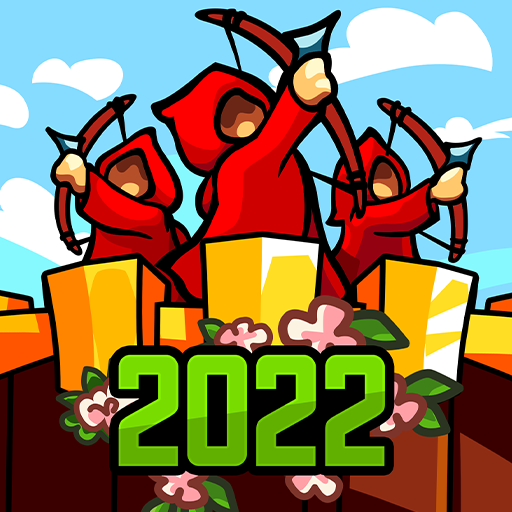 Do you like Tower Defense games and Castle Defense?

Towerlands is an exciting strategy game that combines the Tower Defense (TD) genre with strategy mechanics and role-playing games (RPG) elements. Feel like a lord in a huge fantasy world where you have to defend your fortress from enemies and capture new lands.

Only those who can combine proper defense and striking strategies will win this tower war! Become immersed in a fun strategy game with a medieval idle TD. Place archero and other unique heroes on the mega tower to defend the castle. Prepare for an epic rush battle.

Orcs, goblins and other evil creatures are about to attack your town. Build military structures in the city to train your army and provide it with high-quality weapons. Boost the gold mine and build the Tower reinforcement. Upgrade the Tower and its fortress to defend the castle from robber raids and monster attacks. King, defend your magic lands!

A VICTORY IS THE RIGHT TACTICS AND STRATEGY

Hire and train new warriors to create a powerful army and take a leading position in the ranking. Plan your fighting strategy carefully and capture cities, castles and caravans of enemies and then you will overflow with wealth! The more gold you earn, the better opportunities in battles with enemies you have!

Create or join a Clan to play with friends and fight other Clans together and get more gold and resources. Weekly Tower Battles in Clan Battles will keep you and your friends busy. Only if you work together can you become stronger and more powerful. Many large-scale PVP battles and tempting prizes are waiting for you!

Towerlands is not just a Tower Defense fun game! This is a whole strategy universe that unites great heroes. It's time to smash your hated enemies in this tower war! Enemies rush to destroy your mighty base. Try not to be seen by the mighty bosses! Your defense might not withstand the clash. Use tactical maneuvers. Conquer the army boss. Claim their gold. Crush enemy empires.

⭐️ Fight with other players in real-time in PvP multiplayer;
⭐️ More than 8000 waves of enemies you have to protect your City from;
⭐️ 50 different characters with 3 levels of evolution;
⭐️ More than 30 types of Towers and 40 unique combat modules;
⭐️ 4 enemy races: bandits, orcs, undead, and goblins;
⭐️ Large World Map with various points of interest;
⭐️Team up with friends and fight epic battles;
⭐️ You can play Towerlands (TD & Castle Defense) without an internet connection.

Take a leading position in 3 world rankings: ‘Clan Ranking’, ‘Player Ranking’, and ‘PvP Rating’. There are 6 different structures to build in the city, which influence your Tower and army power, as well as the resources extraction.

Increase your game efficiency through crafting artifacts and military achievements. Take a unique approach to every battle: combine different heroes, Towers types and modules to successfully fight against other players or hordes of monsters. You will never get bored!

FIGHT OR BE DEFEATED

Your strategy is to place the correct units on the battle tower to defense kingdom against enemies. And get ready for a mighty clash! Defend your Castle and build your own Empire. Let`s start this tower war!

If you have any problems with this strategy game, please, contact us:
– support@blackbears.mobi
– facebook.com/blackbearsgames

Video bloggers and review authors! We are glad to see your content about TOWERLANDS on your channels. We provide help and support to creative authors.

If you like Castle Defense and online role-playing games we will be glad to receive your reviews on other Black Bears mobile strategy games. Relax and do it!