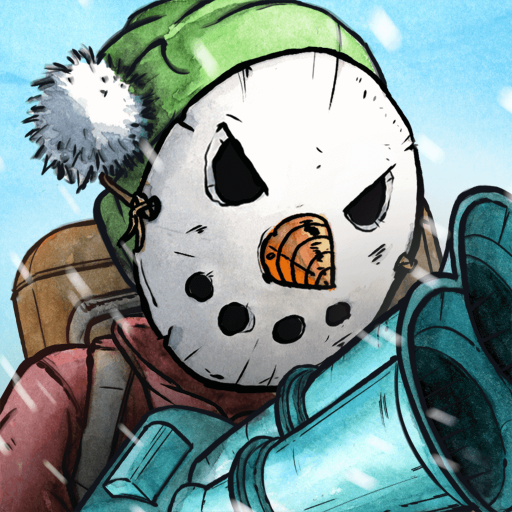 The first map has it all: the White House in Washington, D.C. – haven't you always dreamed of having a real snowball fight there? And yes, you'll meet Donald Trump there too.

Are you ready for epic multiplayer arena battles with your friends? Snowsted Royale is the new fast-paced action arcade shooter, designed for mobile. Made for you. We take the much-loved snowball fights to a whole new level. If you've always dreamed of shooting snowballs around with weapons like slingshots or rocket launchers, then this multiplayer shooter is definitely the first choice.

Compete in epic real-time PvP battles against players from all over the world or your friends: Fast-paced, intense battles, no waiting times, and simple controls. Perfect during your coffee break or while waiting at the bus stop.
All in beautiful 2D multiplayer maps, hand-drawn in watercolors for a unique retro style.

CRAZY SNOWBALL BATTLES
This is not your typical Battle Royale multiplayer game, but comes with lots of fresh features: shoot down zombie snowmen and collect their noses – the carrots. Use them to equip your weapons with paint buckets to produce colorful snowballs. By the way, you carry a freezer on your back that automatically produces snowball-bullets. Just plug in a weapon and you're ready to go.

THREE DIFFERENT GAME MODES
– Battle Royale PvP: You start without a weapon. Loot the map, prepare for non-stop snow carnage and beware of the blizzard. Throw everyone else out of the battle. It's just a matter of bare survival. Will you be the last man standing?

– Deathmatch PvP: Super-intense snowball brawls. Become a royal hero by sweeping the other players off the map. However, in deathmatch they respawn after a few seconds. So be on your guard, the other heroes strike back for sure.

– Steal the Flag PvP: Steal the flag from the Oval Office and escape. You will be chased by all the others and you won't be able to use any weapon. But you will be insanely fast. Run and hide!

BATTLEGROUNDS LIKE YOU'VE NEVER SEEN THEM BEFORE
Travel to the most exciting arenas in the world for thrilling snowball battles. First Battleground available: The White House in Washington, D.C. Detailed replicas of the Oval Office, Marine One in the garden, and of course Donald Trump, because he just won't leave. All hand drawn in watercolor, a 2D retro game in a unique style.

THE GAME IS FREE FOR ALL
We are a small indie studio that wanted to create a great mobile multiplayer game for short snowball fights in the meantime with our favorite game modes like Battle Royale or Deathmatch. It's completely free. We have invested thousands of hours to make this 2D shooter game possible. Why not support us with a subscription? It will only cost you about a coffee a month. Thanks a lot! Are you ready for an action-packed 2D shooter game in the middle of a snowstorm?